We see regular media reports of employees filing false workers compensation claims, collecting benefits while their Facebook page shows them partying the night away and other actions inconsistent with legitimate disability. Unfortunately, those cases do happen, but it’s not just employees who are trying to work the system. Employers do it too, all too often. How big a problem is it?

In 2011, a New York Supreme Court grand jury estimates the cost to the city and state of New York is approximately $500 million in the local construction industry because employers misclassified the type of work their employees did to get lower workers’ compensation premiums, according to the website Property Casualty 360. The grand jury looked at applications for, and audits of, workers’ compensation policies.

The NY grand jury examined the vulnerability of New York’s workers’ compensation insurance system to employer fraud and misuse and found that the largest losses were from unpaid workers’ compensation premiums, with personal income tax, withholding, unemployment insurance and various other business taxes accounting for the rest. More egregious fraud involved employers misclassifying workers, who are required to be insured under the system, as independent contractors rather than employees, according to New York County prosecutor Cyrus Vance.

Vance is quoted as saying New York’s workers compensation system is vulnerable because it requires employer self-reporting, and is “easily abused by unscrupulous employers who misclassify employees.” He says the grand jury determined, “Employers can easily lie about what work a particular employee performs, for example, reporting a roofer as a clerical worker, and thus paying a significantly lower premium.”

Dishonest employers get lower workers compensation premiums and those lower costs can give them a competitive advantage, according to Vance. “Overall, premium fraud generates an unfair business environment in which honest business owners cannot compete with rogue employers and are either forced out of the market or dissuaded from entering it in the first place,” Vance says.

If you are injured at work and your employer doesn’t have the proper insurance coverage, you still may have options to seek compensation for your injuries. Contact my office for a free consultation so we can discuss your situation.

Q. What should I do if my employer refuses to report my work accident?

A. NC law requires you to file a written notice of accident within thirty (30) days of your injury. You should contact the NC Industrial Commission or a local lawyer to get the proper forms to file your claim in a timely manner. Your failure to properly file the claim may result in denial based on legal procedure. The NC Industrial Commission is the government agency that compiles info on work accidents and serves as the court to decide disputed claims in workers’ compensation matters.

Q. What if my workers’ compensation doctor assigns a permanent partial impairment (P.I.) rating for my injury?

A. When a doctor releases you from care, a permanent disability rating may be assigned to your injured body part. A rating means that you will never again be 100% healthy in that body part. Whether you can return to work depends on the severity of your injury and how that injury affects your ability to handle the physical demands of your work. If you are able to return to making the same wages as before your work injury, this rating may be your only compensation. However, if you are not able to earn the same pre-injury wages, your rating will not represent your only compensation. Your impairment rating is only one factor the Industrial Commission and NC Law will consider in determining what damages the work injury caused you. NC Law permits you to select the most favorable method or compensating you for the injuries and loss of earning...

What injuries are covered?

WC law covers most accidental injuries as well as back injuries if they are caused by your work. While pre-existing injuries are generally not the responsibility of the employer, aggravation of these same injuries may be compensable under WC law. The critical determination is whether your new injury was caused by your medical condition or by an accident on the job. An injury by itself does not mean an accident occurred.

Q. How long do I have to file a workers’ compensation claim?

A. As soon as possible, you should file a Form 18 (Notice of Accident or Injury) with the Industrial Commission and employer informing them that you wish to make a claim. While N.C. law requires this Form 18 to be filed within thirty (30) days, an absolute time limit of two (2) years may be applicable to your claim depending on the facts. After your claim is settled, time limits also exist for reopening the case.

Q. What can I do if my workers’ compensation checks are late?

A. You should call the insurance carrier and ask (1) whether your check was mailed? and (2) if so, when it was mailed?. Weekly workers’ compensation checks are generally late because either the postal service is slow or your check has "fallen off the diary". Insurance company program computer to print checks according to an automatic diary for a specific number of weeks. When that number of weeks is over, your check “falls off the diary” and must be reset for additional weeks if checks continue to be due. An immediate call to the insurance adjuster should be sufficient to reset the check diary. If checks are regularly late, you should consult a qualified lawyer to take more aggressive action through the NC Industrial Commission.

Q. When is my first WC disability check due?

A. WC law requires the insurance company to pay you 66% of your pre injury gross wage for each week you are unable to work. The first check is due on the 14th day after the injury. No compensation is due for the first seven (7) days of lost time unless you are out of work over twenty-one (21) days. If you miss more than twenty-one (21) days of work, a check for the first week of missed work becomes due.
Load More 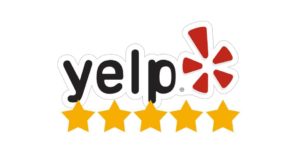